Call it what you want – pot belly, beer belly, spare tire or muffin top, I decided that it was time to take decisive action and wage war against that wobbly gelatinous substance that was piggybacking on my waistline. However, the fight against my belly bulge wasn’t just an uphill battle it was a total non-starter! No matter how many hours I spent in the gym or how strong my will power became at resisting delicious deserts and carbs, I just couldn’t shift the stubborn flab around my ever-increasing waistline. Even after being made aware of life changing gems of wisdom like the revelation that relentless sit ups and stomach exercises was actually increasing my waistline as muscle was developing under the flab.  I still couldn’t slim down and squeeze into my favourite jeans that used to be such a loose fit. The slimming saviour that eventually took pity on my plight and came to my rescue appeared in the most unlikely form: Mariah Carey revealed in a magazine article that the secret behind her new slinky figure was a non-invasive procedure called CoolSculpting. After reading up on CoolSculpting, which targets fat cells and employs cold temperatures to destroy them, I decided to follow in Mariah’s footsteps and give it a go.  The latest version of CoolSculpting, is called ‘CoolAdvantage’, it requires no anesthesia, no incisions, no injections plus there’s no downtime and it now only takes 35 minutes. Like the earlier versions, once destroyed, those pesky fat cells, are eliminated from the body through the lymphatic system. During my consultation with the Coolsculpting expert at Apex, she suggested that I should have the treatment for my love handles and the pocket of fat on my lower stomach. She told me that I could expect to see increased muscle definition and lose at least a belt size. She also suggested that to help improve my metabolism and enhance the Coolsculpting procedure I should have a few sessions in their IceLab.

The IceLab is a series of three cryotherapy chambers set at three different levels – starting at a ‘cool’ -10°C, leading through to -60°C and finally ‘the big chill’ at -110°C. Just three minutes in the last room stimulates the metabolism, so you burn around 800 calories and the exposure to the cold temperature causes the body to turn up its metabolic rate in order to produce heat. After several goes, the increase in metabolic rate lasts longer between sessions. Apex used two Coolsculpting Advantage machines so they could tackle the fat on both my love handles at the same time.  As each applicator was applied I felt a suction sensation, which didn’t hurt but did feel somewhat weird. After a few minutes, this was followed by an intense cold feeling which lasted around 6 minutes, once this had lessened it felt quite comfortable so I reached for my phone to watch Netflix. I didn’t even have enough time to watch an episode of Peaky Blinders because less than 30 minutes later the machine bleeped to announce it had finished. Afterwards, the treated areas were massaged for a couple of minutes. Actually, that was the only slightly painful part of the procedure. The Coolsculpting process was repeated on my lower stomach but this time with just one larger applicator.

Once finished, I was lead downstairs to the IceLab and given a headband to cover my ears, a pair of mittens and a pair of shorts.  I could have worn a t-shirt but decided to brave it and go topless. Being brought up in England, the first room was a breeze and the second was bearable, it wasn’t until I entered the last room that the snowball of the situation hit me like an avalanche! The staff at Apex had advised me that walking briskly or even dancing would help if I found the temperature uncomfortable, much to their amusement I did an peculiar combination of both at the same time. The staff outside monitoring the room on a TV screen spoke to me through a microphone to let me know how long I’d been in there. It wasn’t a walk in the park but thanks to their encouragement and amusement at my silly walk, the three minutes flew by. In my subsequent visits over the next few weeks it got even easier so I quit doing the daft dance.

It is now been two months since I had the combination of Coolsculpting and Icelab treatments and the results are amazing. I’ve finally lost those flabby love handles that hung over my waistline like Jell-O, my stomach is toned and I can fit into my favourite jeans again. 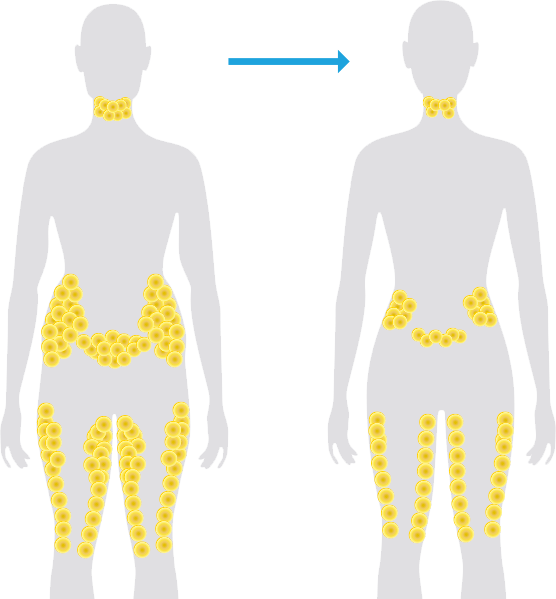 VAGINAL LIFT THE PERFECT FIT FROM THE INSIDE OUT WITHOUT SURGERY